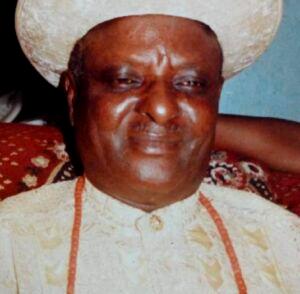 Governor Ifeanyi Okowa of Delta has condoled with the Minister of State for Labour and Employment,Chief Festus Keyamo, SAN, on the passing of his father, Pa Matthias Keyamo.

According to family sources, late Pa Keyamo passed on peacefully at the age of 83 on Saturday in Effurun, Uvwie Local Government Area of the state.

In a statement by his Chief Press Secretary, Mr. Olisa Ifeajika, in Asaba, the governor joined the Keyamo family and the people of Effurun to mourn the departed patriarch.

Okowa said Pa Keyamo’s death was a great loss not only to his family and the people of Effurun but the Urhobo nation, given his invaluable contributions to the cause of humanity.

He noted that Pa Keyamo lived a life of impact and urged the family to be consoled by his legacies.

Okowa paid glowing tribute to the disease for being a good father to his children and others, and urged the family to take solace in the fact that the late…