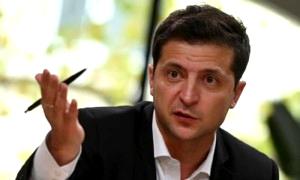 As the destruction and civilians death toll are mounting here are the latest Russia-Ukraine developments.

Evacuating residents killed: A Russian military strike hit an evacuation crossing point in a Kyiv suburb Sunday, killing a family with two children and several other civilians trying to flee the Russian invasion, according to the city’s mayor.

According to Cable News Network, CNN, Two mortar or artillery shells hit the checkpoint in the suburb of Irpin, northwest of Kyiv, Ukrainian authorities said, which has been the site of intense shelling by the Russian military in recent days.

Irpin Mayor Oleksandr Markushyn said eight civilians have been killed across the district, and international media filming at the checkpoint reported that a shell landed as a stream of civilians was coming through.

A fiery Zelensky: Ukrainian President Volodymyr Zelensky accused Russia of planning “deliberate murder” in the shelling of Ukrainian territory. Speaking in a Facebook…