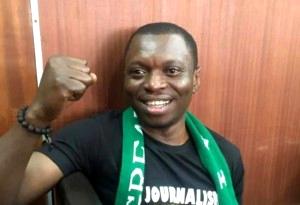 The Publisher of CrossRiverwatch & Activist, Agba Jalingo on Monday opened up on his ordeal in the hands of the embattled “Super Cop” DCP Abba Kyari and his men when he was arrested and brought to Calabar in a horrific manner inside the trunk of a Highlander from Lagos.

Recall that he was accused of treason by the Cross River state government and was subsequently arrested on 22 August 2019 and detained at Afokang Prison for 179 days, then later regained freedom in February after being granted bail on February 17, 2020.

Speaking exclusively with Vanguard, Agba narrated how he was arrested on August 22, 2019, then detained at the IRT special detention centre at Ikeja which was not under the Lagos State Command, before he was horrendously brought to Calabar by road in the trunk of a vehicle handcuffed both leg and hands, without water till they arrived Calabar, 24 August 2019 at about 8:00 am.