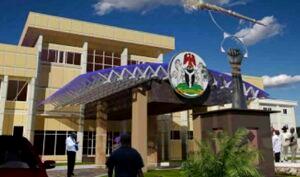 The Federal High Court sitting in Abuja, on Tuesday, sacked 17 members of the Ebonyi State House of Assembly that defected from the Peoples Democratic Party, PDP, to the ruling All Progressive Congress, APC.

The lawmakers had on November 17, 2020, joined Governor David Umahi and his Deputy, Dr Eric Kelechi Igwe to move over to the APC.

The court, in a judgement that was delivered by Justice Inyang Ekwo, held that the lawmakers, having abandoned the political party that sponsored them, could not transfer the mandate they obtained from the ballot to another political party.

It held that the Defendants who became members of House of Assembly on the platform of the PDP, could not justify their defection when there was no division in the PDP.

It held that section 109(1) (g) of the 1999 Constitution was purposely couched to ensure that defectors were not allowed to retain their seat in the House, unless such defectors are able to justify…