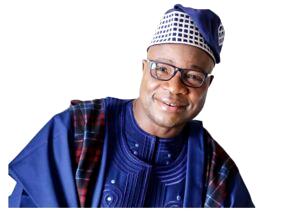 A Governorship candidate of the People’s Democratic Party in Osun State, Dr Akin Ogunbiyi has withdrawn from tomorrow’s governorship primary of the party.

Ogunbiyi while addressing a press conference in Osogbo on Monday cited the National Secretariat barriers and planned violence against his supporters on Tuesday as the reason for his withdrawal.

“It is a very difficult decision for me because of the amount of investment and the hope that my personality and leadership would have given to Osun State.

“But when you have an umpire who is so biased to the extent of planning with the other group, what can you do?

Senator Iyorcha Ayu has agreed to work with Ademola Adeleke and I am being told that I shouldn’t waste my money and we did everything possible. I can only come to the conclusion to withdraw from the race.