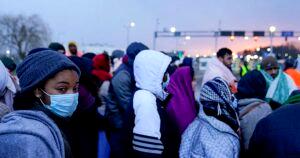 ABUJA: Peeved by the harrowing experiences Nigerian citizens underwent in Ukraine following its ongoing invasion by Russia, the Nigerian Youth Union, NYU, has appealed to the federal government to adopt more proactive strategies to protect its citizens in foreign nations, especially during emergencies.

The group, in a statement, expressed displeasure over government late hour intervention in Ukraine even when intelligence report by the United States of America that Russia was planning the invasion.

National President of NYU, Comrade Chinonso Obasi, in the statement, released Monday, said he was unimpressed with the federal government’s handling of the safety of Nigerians in Ukraine, especially students after Russia invaded the country.

Açcording to him, Nigerians were subjected to various acts of social abuse, degradation, and molestation at the…