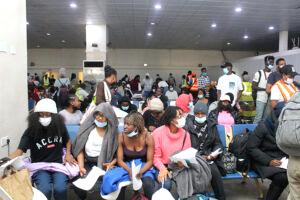 AS Russian President Vladimir Putin ill-advisedly ordered his troops into Ukraine on February 24, 2022, to begin an invasion that has rattled the world, drawing grave consequences for Russia, Nigerian hearts leapt into Nigerian mouths.

As missile after a missile landed on one Ukrainian city after another, reducing residential and public buildings to rubble, Nigerians felt surging anxiety.

The reason for the anxiety was manifold. As with every stupid and senseless war caused by the stupidity of state actors, the casualties have been coming thick and fast. With the death toll rising and droves of refugees sweeping over the borders into neighbouring countries, by reason of common humanity, many Nigerians and, of course, many people all over the world have been able to feel what those in Ukraine have been feeling.

The war has also…