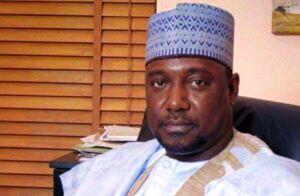 •I can’t speak for him— Gov Bello

•We won’t resign until Buhari says so —Akpanudoedehe

THE ruling All Progressives Congress, APC, is dancing on the edge of the cliff, following Monday’s taking over of its affairs by Niger State Governor, Abubakar Bello as acting chairman of the Caretaker Extraordinary Convention Planning Committee, CECPC.

Now, the March 26 National Conference is facing a fresh threat. The party cannot have a valid national convention as scheduled unless the National Executive Committee, NEC, ratifies Bello’s appointment or allows Governor Mai Mala Buni of Yobe State to resume his seat as CECPC national chairman.