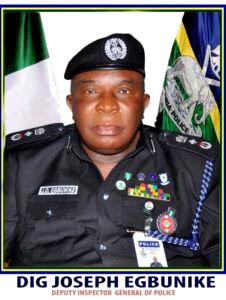 More details about the death of the Deputy Inspector General of Police in Charge Force Criminal Investigations Department, and head of the probe panel of suspended DCP Abba Kyari, DIG Joseph Obiajulu Egbunike have emerged with Police saying the DIG gave up the ghost at the national hospital after an operation which may have been a medical error.

Police sources said DIG Egbunike was driven to National Hospital following severe neck pains which troubled him at the weekend for a medical check-up.

On getting to the hospital and seeing the pain the DIG was going through, the doctors immediately recommended an operation leading to the DIG being taken into the theatre.

Sources present at the hospital however said that the National hospital doctors knowing fully well that the senior officer had a history of high blood pressure, would have allowed him…