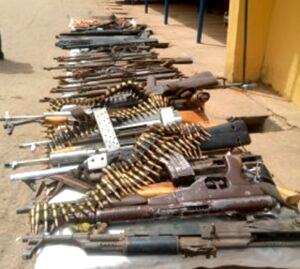 The Police Command in Kaduna State, says its operatives have arrested 200 suspected bandits and 20 armed robbery suspects between January and March.

The Command’s Public Relations Officer, ASP Mohammed Jalige, announced this during a news briefing at the Command’s Headquarters on Wednesday in Kaduna.

“It is pertinent that we often have an interface with you to showcase our achievements in the fight against armed banditry, kidnapping and other sundry crimes to the public.