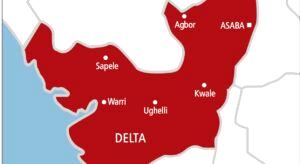 The deceased, it was gathered, were apprehended by some youths in the early hours of Saturday after they were allegedly found to be involved in the theft of the musical instruments belonging to a disc jockey from a location in the community.

“One of the suspects arrested confessed and the other two were traced to their hideout and also arrested before they were burnt alive at the extreme of the community on Odovie, Isiokolo road.

“The mob refused to hand them over to the police authority because they might influence them to be released,” a community source said.