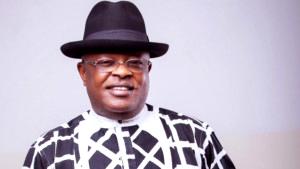 The leadership of Concern Northern APC Youth Forum through the  Chairman/Convener, Hon Suleiman Liba has called on the national leadership of the All Progressive Congress, APC Governor’s Forum and all party stakeholders, to toe the party of fairness and equity by ensuring that the Party Presidential ticket is zoned to the South-East.

Stating this during a press briefing Hon. Liba stated that, since the return of Nigeria to fully democratic rule, the Igbo people remained  marginalized as far as the number one seat in the country is concerned,.

He argued that among the major tribes, it is only the Igbo people that have not tasted the exalted office of the President.

While calling on all to see reason with him, he further buttressed that it is not just about anyone but a capable Igbo man, one which they found worthy of in Engr. David Nweze Umahi,

According to him, Engr. David Nweze Umahi has done alot to change the…