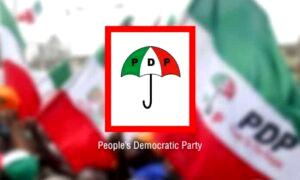 Ahead of the Presidential primaries of the Peoples Democratic Party, PDP; there are indications that the leadership of the party is considering a quartet of Governors Nyesom Wike, Bala Mohammed, Aminu Tambuwal, Udom Emmanuel, and Ifeanyi Ugwuanyi of Rivers, Bauchi, Sokoto, Akwa Ibom and Enugu states respectively to vie for the sole ticket for the 2023 Presidential poll.

Vanguard gathered that though the various layers of leadership in the party including the National Working Committee, NWC; National Executive Committee, NEC; Board of Trustees, BoT, among others have counselled on the need for a thorough consultation before picking a Presidential candidate, the governors are gradually winning the argument to have one of them fly the party’s ticket in the 2023 poll.

Only recently, governors of the 36 states under the auspices of the Nigerian Governors’ Forum, NGF, declared support for the ruling All Progressives Congress, APC and the PDP to pick their…