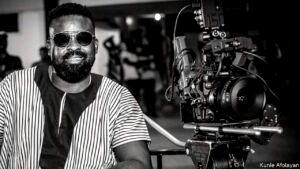 KAP Film and Television Academy, in partnership with Mastercard Foundation’s Young Africa Works, has announced the opening of applications for its training in film and television production.

The Application, which is now open to young men and women between the ages of 20 and 35 across Nigeria, is targeted at people passionate about film and television production. Over the next three years, a total of 300,000 young Nigerians will be trained under this initiative.

According to the statement signed by film director Kunle Afolayan, the selection…