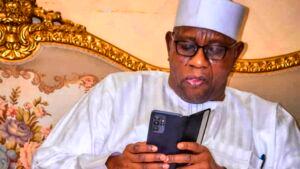 No fewer than 18 Katsina State House of Assembly members and 17 aspiring chairmen with their Councillors in the forthcoming April 2022 local government polls have identified with the ambition of the Secretary to the Government of Katsina State SGS, Dr Mustapha Muhammed Inuwa to become the next governor of Katsina State.

The House of Assembly members and the political office seekers were among the large crowd of supporters that accompanied the Katsina SGS to the All Progressive Congress (APC) state secretariat where he officially declared his interest before the party’s central working committee and his supporters from across the state.

Dr Inuwa addressing the party leadership before his supporters said: