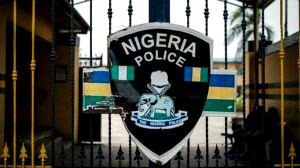 The Police Command in Benue, on Thursday arraigned one Mr Apolo Atserga, 47, in Makurdi Upper Area Court 2b, for alleged mischief by fire and attempt to commit culpable homicide.

She said the accused attacked Mr Asema Ugber, his father, of the same address, at home, set the thatch house ablaze while he was sleeping with his wife and children.

The prosecutor said the intention of the accused was to kill Ugber and his family.