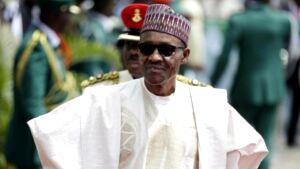 President, Muhammadu Buhari has arrived Eagle Square, venue of the 2022 National Convention of the APC.

The party has also released the list of aspirants chosen by top stakeholders.  Among them are: