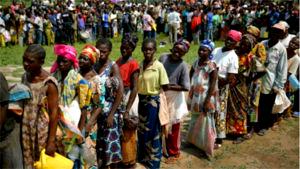 The North East Development Commission, NEDC, has said the Stabilisation and Development Master Plan (NESDMP) the Commission is developing for the North East Region is to ensure the six states of the zone becomes self sufficient by 2030.

Managing Director of the Commission, Mohammed Alkali, who spoke Saturday at a dialogue with stakeholders in Jalingo, Taraba state capital, said the master plan would eliminate dependence on federal allocation.

He noted that the time frame for the implementation of the master plan would also see to the closure of all Internally Displaced Persons, IDP, Camps across the zone.

According to him, “ In order to come up with a robust Regional Master Plan, we consider consultations with State Stakeholders as very pertinent towards producing a credible and comprehensive roadmap for recovery and sustainable socio-economic development of the North…