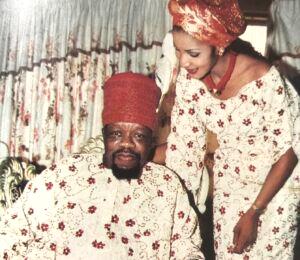 The media is awash with a blend of serious  and comic analyses of Bianca Ojukwu’s violent encounter with former Governor Willie Obiano’s wife, Ebelechukwu, and what led to it in Awka, Anambra State during the handover of power to Governor Chukwuma Soludo. The summary of the analyses in the past few days depicts the fact that, like her husband Dim Chukwuemeka Odumegwu Ojukwu, Bianca has very low tolerance threshold for insults and bad behaviour.

Prime Business Africa reports that the March 17, 2022 unfortunate episode involving Bianca Ojukwu, former beauty queen and daughter of another tough man and governor of the old Anambra State, Chief C.C Onoh, occurred (almost) exactly   78 years (March 15, 1944) after her husband had a similar encounter as student of the King’s…