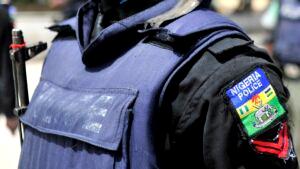 The Police Command in Kwara have neutralised three suspected kidnappers with the help of  Kwara vigilantes group and local hunters.

The incident happened at Obbo Ile/Osi forest in Ekiti Local Government Area of the state, the police said.

The spokesman of the Command, SP Okasanmi Ajayi, confirmed this in a statement on Tuesday in Ilorin.

The statement said the operatives of the Tactical Team of the Kwara Police Command in conjunction with the vigilance team and local hunters, were on the trail of the kidnappers who were abducting and in few cases killing their victims in Kwara South Senatorial District.

“Especially the recent kidnap and killings of a political party women leader and others in Obbo, Eruku and Isapa axis.

“During exchange of fire between the kidnappers and the joint teams of local hunters, vigilance and police, three of the kidnappers were neutralised, while others escaped with gunshot injuries.

“Exhibits recovered from the alleged…