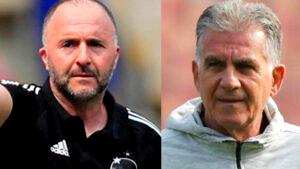 Head coaches of the Algerian and Egyptian national teams have stepped down from their roles after they failed to lead their respective teams to Qatar.

Both teams went into the second-leg of the play-offs with an advantage, but couldn’t hold on as they lost to Cameroon and Senegal.

Algeria had equalized in the 118th via Ahmed Touba to make it 1-1 on the night, but 2-1 on aggregate after a 1-0 victory in Cameroon last Friday. This was good enough to send them through, and it was all but settled until Karl Toko Ekambi scored deep in stoppage time to throw a spanner in the works.

Belmadi had failed to defend the AFCON title he won in 2019 and was hoping to make up with a World Cup qualification. It was also the first Algeria were losing at the Mustapha Tchaker Stadium since they…