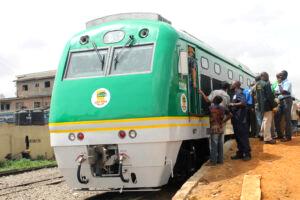 Malam Muhammadu, one of the survivors of Monday terror attack, has in an interview with newsmen gave account of what happened during the train attack that claimed lives and injured many.

Muhammadu said that the terrorists came with buses and evacuated a number of passengers during the Monday night train attack.

He said in an interview monitored on radio Tuesday night, that: “I was in coach SP 17 when the train was hit and derailed. The terrorists, many of them, rushed into our coach and killed a passenger. I hid under the seat and saw them taking away many passengers.”

“An argument ensued amongst the terrorists after killing the passenger and they couldn’t pay attention to us. We were about 10 that remained in coach when they left.”

“The terrorists proceeded to the VIP coach and abducted many passengers. One of the VIP who managed to escape and returned…