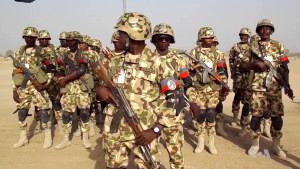 In its renewed efforts to bring an end to terrorism, Banditry, Kidnapping and other criminal activities in the northwest, the Nigeria Army 8 Division has commenced a three-day training workshop for its officers of planning and operational cadre in the northwest.

In his address at the occasion, the General Officer Commanding 8 Division Nigeria Army Sokoto, major General Uwen U Bassey said the workshop is timely considering the increased activity of criminal elements in the northwest.

” The fight against insurgency and terrorism is a collective effort involving the Armed forces and other security agencies, which requires training of individuals and groups,” says…