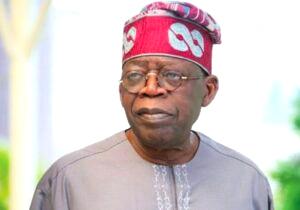 Chairman of Senate Committee on Defence and Deputy Chairman Committee on Anti-Corruption, Senator Aliyu Magatakarda Wamakko has paid glowing tributes to the national leader of the All Progressives Congress (APC), Asiwaju Bola Ahmed Tinubu, on his 70th birthday.

Wamakko said the Jagaban of Borgu kingdom has demonstrated an uncommon and unyielding commitment to a progressive and prosperous Nigeria.

Wamakko , noted with delight Tinubu’s invaluable contributions to Nigeria’s democracy in the past decades, saying that he has unmatched credentials.

He explained that, Tinubu’s services to his fatherland are most needed at a time like this.

Senator Wamakko who is the former Governor of Sokoto State recalled how Tinubu used his acumen to turn things around in Lagos State when he served as governor for eight years.