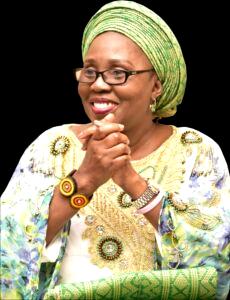 The First Lady of Ondo State, Chief (Mrs) Betty Anyanwu-Akeredolu, has advised Nigerian women in the struggle for passage of gender bills, to restrategise and act beyond laying siege on the entrance of the National Assembly Complex.

Having realised that the current national women protest against the rejection of pro-female bills by the National Assembly, especially the Senate, might not yield needed sympathy, Mrs Akeredolu called on Nigerian women to go back to their various states and adopt the lobbying strategy.

She said: “In my opinion, I will suggest that we restrategise and I recommend that we should go back to our respective states and lobby. Have this interpersonal lobbying with our governors and the party structure, especially the party chairmen of our respective political parties. Where a party is in government, I strongly suggest that you work hands in gloves with your First Lady.