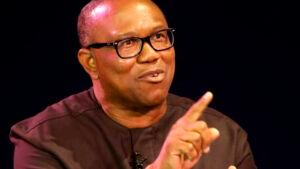 …As Goodluck Jonathan insists no nation can progress without unity, peace

A former governor of Anambra State, Mr Peter Obi, on Thursday said the trouble with Nigeria since independence was a failure of leadership.

Obi stated this while speaking at the formal inauguration of the National Executive Council of Nigeria Ethnic Nationalities Youth Leaders Council (NENYLC).

He spoke on the theme, ‘National Development: Role of the Nigeria Youths’.

According to him, leadership inadequacy contributed to worsening the country’s problems, from widening the parochial divisions among the citizens to the plundering of the treasury.

He, therefore, called on the youths to take over the ownership of their country, stressing that their docility in the affairs of the nation contributed to their bane.