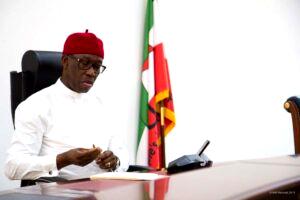 Delta Governor, Sen. Ifeanyi Okowa, on Thursday, said the School of Marine Technology, Burutu, would soon be upgraded by the state government.

Okowa disclosed this during the inauguration of three legacy projects executed by the Hon. Godknows Angele led administration in Burutu, headquarters of Burutu Council Area.

While saying that a substantive Provost would soon be appointed for the institution, Governor Okowa assured the people that the state…