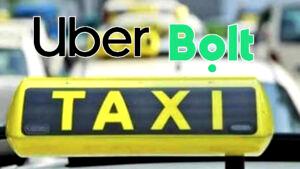 E-hailing drivers association, comprising Uber and Bolt drivers, are currently embroiled in leadership tussle as a group has announced the removal from office of its national president and secretary.

According to the statement, Oluwaseun Shonuga and Islamiat Ajani were removed as national president and national secretary, respectively, for alleged conspiracy and actions against the overall objectives and interest of the association.

But in a swift reaction, Shonuga told the News Agency of Nigeria (NAN) that he remained national president of PEDPAN.

Shonuga added that those orchestrating his removal were suspended members who wanted power by all means without following the constitution of the association.

“I remain National president of PEDPAN, those that are now claiming…