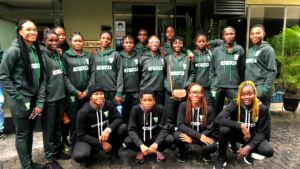 Both countries have won their three previous matches but Rwanda sat top of the table of the five-nation event with better net run rate.

The victory means that the hosts are top with perfect record after beating their other four contenders — Ghana, the Gambia, Sierra Leone and now Rwanda.

In the match, played at the Tafawa Balewa Square Cricket Oval in Lagos, Nigeria won the toss and opted to bat first.

The Rwandan fielding strategy appeared to be the 37th ranked International Cricket Council team on pressure early on as they took out wickets even as early as the second over.

But Salome Sunday, who was sent in the fourth over, was able to steady the ship, scoring 63 runs for 58 balls.

Her effort was sufficient to see Nigeria score 117 for the loss of six wickets in 20 overs.

Rwanda came in to part in…