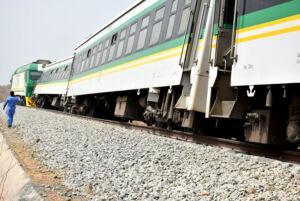 ….51 phone numbers on manifest switched off, not reachable, 35 ringing but no response

The Nigerian Railway Corporation, NRC, in fulfillment of its pledge to provide updates on the bombed Kaduna-bound train penultimate Monday, has confirmed the safety of additional 14 persons on board the ill-fated train.

With this development, the total number of persons now confirmed safe has risen to 186.

“186 persons on the manifest are confirmed to be safe and at their various homes  (additional 14 persons confirmed safe today).

“51 phone numbers on the manifest are either switched off or not reachable since Tuesday morning..

“35 phone numbers on the manifest when called are…