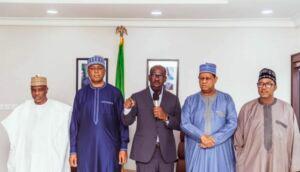 Receiving the visitors at the Government House in Benin City, Obaseki said the country was in dire need of a leader with the capacity to unite and rebuild the nation.

2023: PDP will chase APC out of Presidency – Okowa

According to him, “40 years ago, we had a big cake to share but not today. That cake has disappeared. Whoever aspires to be president of this country must be somebody who Nigerians are ready to give ingredients to start to rebuild a bigger cake for us all.”

Obaseki continued: “For us in Edo, we are ready for…