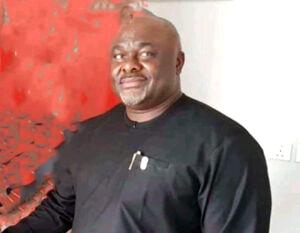 Former Edo State Commissioner for Arts, Culture and Diaspora Affairs, Osaze Osemwegie-Ero Monday lamented the way and manner he was framed up in Italy in 2019 for alleged involvement in mafia activities and spent 19 months in incarceration before being left off the hook.

Besides, he strongly criticized the Italian justice system alleging that it gives room for forgery and evidence not connected to alleged offences being used to jail Nigerians.

Speaking to journalists in Benin City, Osemwegie-Ero identified Article 416-BIS of the Italian criminal code which he said is mostly used to convict hundreds of Nigerians in Italy but however expressed happiness that his insistence on his innocence and the privileged of being able to fund his legal team to the tune of over N43m has resulted in the discharge of some Nigerians early this year since the trial judge in his case has…