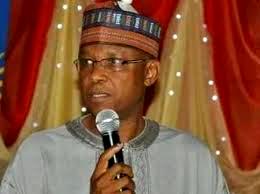 A gubernatorial aspirant in Katsina State, Engr Muttaqha Rabe Darma has condemned the call for aspirants interested in running for governorship position under the Peoples Democratic Party PDP in 2023 to purchase the expression of interest form for the whopping sum of N21 million.

According to Muttaqha, the announcement is invariably telling aspirants to steal if they eventually occupy the office.

The former Executive Secretary of the Petroleum Technology Development Fund (PTDF), made the remark while fielding questions from journalists over the weekend after unveiling his book titled “Pathways to Greatness: The Katsina State of the Future”

The PDP card-carrying member expresses shock that party members have refused to come out and protest against the decision.

In his words:
“How can you ask aspirants to pay N21 million just to contest for governorship. N21 million is 10 months salary of a…