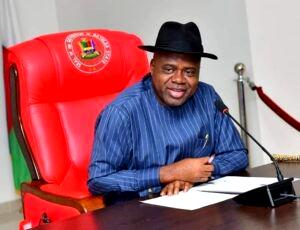 Bayelsa State government has expressed its willingness to partner the European Union towards ensuring security in the Gulf of Guinea.

Speaking in Abuja, yesterday, when he played host to a delegation on maritime security from the European Union, Governor … Diri said as the state with the longest coastline in Nigeria, Bayelsa was interested in collaborations that would help it secure its maritime area and harness the resources therein.

The governor in a statement by his Chief Press Secretary, Mr. Daniel Alabrah, described Bayelsa and the entire Ijaw nation as critical stakeholders in maritime safety given the fact that the lives of the people depend on their coastal ecosystem.

He said it was in line with the significance of the ecosystem to the people of the state that his administration had developed policy framework to ensure wealth creation.

Diri noted that the state government had intervened directly…