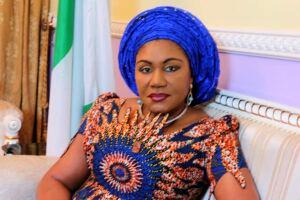 Wife of the immediate past Governor of Anambra State, Mrs Ebele Obiano, has picked the APGA nomination form to contest for Anambra North in the senate in the next election.

This is coming  few hours after the Chief of Staff to the former governor, Mr Primus Odili, declared interest to run for the same seat.

According to a statement yesterday by the Senior Special Adviser to Willie Obiano, Mr Uloka Chuks, Ebelechukwu Obiano, was accompanied to the All Progressive Grand Alliance National Secretariat in Abuja by party members, stakeholders, transition committee chairmen and numerous supporters, where she purchased her nomination form.

Obiano had earlier made her intention known to her constituents and party faithful early in March at her residence in Aguleri, Anambra East Local Government Area,

She said the plight of the people, especially women and children from the rural communities of her constituency, informed her decision to hearken to the demonstrations and…