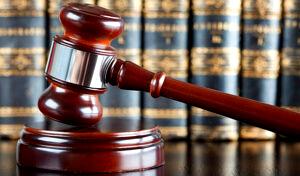 A Magistrates’ Court in Ota, Ogun, on Thursday, ordered a 32-year-old man, Alex John, to sweep the court premises for two weeks for stealing two kegs of printing ink.

The police charged John, whose address was not provided, with stealing, which he had pleaded guilty to.

Delivering a ruling, Magistrate A. O. Adeyemi ordered the convict to sweep the court premises for two weeks without an option of fine.

Earlier, the prosecutor, Inspector E. O. Adaraloye, had told the court that the convict committed the offence on March 24 at about 8.35p.m. at Olympre Ink Company, Beeper Avenue, Ota.

He said the convict, being a staff of Olympre Ink Company, stole two kegs of printing ink, valued at N100,000 belonging to his employee.

Adaraloye said the convict was caught by…