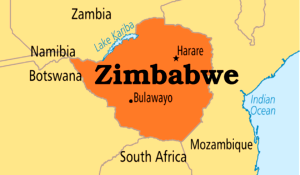 The Reserve Bank of Zimbabwe on Wednesday said that it was set to introduce a new 100 Zimbabwean (ZWL) dollar note.

This followed instructions by the Finance and Economic Development Minister Mthuli Ncube.

The instructions were given by Ncube in a “Statutory Instrument’’ published in the April 5 “Extraordinary Government Gazette.’’

This follows the introduction of a 50 ZWL note in July 2021.