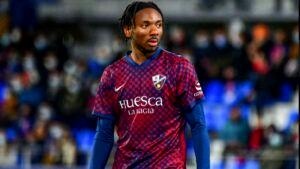 According to the association, they would be heading to court to challenge Huesca action as Nwakali’s labour rights was violated.

The Super Eagles midfielder has accused Huesca of sacking him because he went to the 2021 Africa Cup of Nations.

In an official press statement released on the AFE’s official website, the players’ association revealed that it was taking up the role of ‘advising and defending Nwakali’s legitimate interests.’

“After communicating the Huesca Sports Society, this past Tuesday, April 5, the end of the contractual relationship that it had with the soccer…