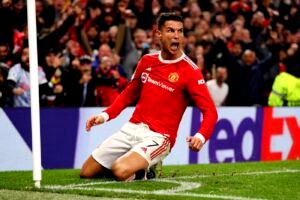 Cristiano Ronaldo has hit back at former team-mate Wayne Rooney over his remark that it was wrong timing for the Portuguese star to return to Manchester United.

Rooney claimed that Ronaldo is “getting on a bit” and “isn’t the player he was”, with the former Juventus and Real Madrid top scorer coming in for criticism at times this season as he struggles to provide the level of inspiration that United are crying out for, but an iconic 37-year-old continues to turn a deaf ear to his doubters.

The five-time Ballon d’Or winner responded to a post from Rooney on Instagram by claiming that his former colleague is “too jealous”.

While fingers of blame have been pointed in Ronaldo’s direction this season, as questions are asked of his work rate and supposed…