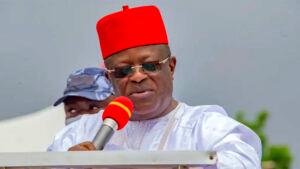 The people of Effium/Ezza-Effium in Ohaukwu and part of Ebonyi Local Government Areas of Ebonyi State, were thrown into mourning and confusion, following the invasion of the communities by suspected assailants described as ‘Effium warlords’ in the state.

Vanguard had reported the incident on Monday, April 11.

The attack, according to detailed investigation, claimed more than 26 lives and destroyed 17 houses in the early hours of Sunday, April 10.

During an unscheduled visit to the affected villages, people were…