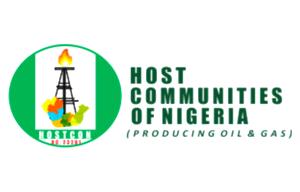 Host Communities of Nigeria Producing Oil and Gas, HOSTCOM, has described as unfortunate, some sections of the Petroleum Industry Act, PIA, holding host communities responsible for any disruption in production activities and vandalisation of facilities.

According to HOSTCOM, it was wrong for the PIA to deny host communities their entitlements on account of damage to facilities in their domains as communities were not the surveillance security contractors paid to secure the facilities.

National Chairman of HOSTCOM, Chief Style Tamaranebi, who addressed newsmen shortly after the national expanded meeting of the group at Bayelsa State HOSTCOM secretariat, yesterday, while commending President Muhammadu Buhari; Minister of State for Petroleum, Chief Timipre Sylva, and the 9th National Assembly for the passage of the Act, however, called for the amendment of Section 257(2,3), describing it as unfriendly to the host communities.