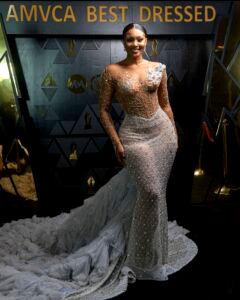 The 8th edition of the prestigious African Magic Viewers Choice Awards(AMVCA) is currently going on at Eko Hotel and Suites, Victoria Island to its usual glitz and glamour.

AMVCA is a gathering of industry professionals and lovers of African movies and television.

Without further ado, here are all the winners so far for the 8th edition.

Best Actress In a Drama

Best Actor in a Drama