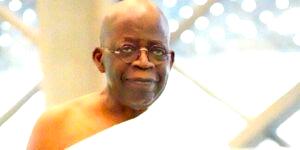 THERE were concerns among party faithful Friday night in Abuja following the submission of the report of the Chief John Odigie-Oyegun led Presidential Screening Committee of the ruling All Progressives Congress, APC.

The committee had announced that only 13 of the 23 presidential aspirants scaled its hurdles and that more would have been axed were it not for the fact that it wanted to give a chance to younger aspirants to participate in the primaries.

Indeed, there were concerns that a national leader of the party, Asiwaju Bola Ahmed Tinubu, Senator Rochas Okorocha, Dr Ogbonnaya Onu, Governor Ben Ayade of Cross River State and a few others may have been disqualified.

While Chief Odigie-Oyegun declined comments on the fate of those affected, the National Chairman of the party, Senator Abdullahi Adamu, was said to be holding tightly to the committee’s report to avoid any leakage.

A party source said many of the aspirants were disqualified…