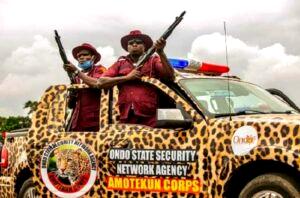 This is contained in a statement issued by the State Commissioner for Information, Culture and Tourism, Dr Wasiu Olatunbosun, on Sunday in Ibadan.

The statement indicated that Makinde announced the approval during the monthly security meeting with chairmen of local governments, heads of security agencies, traditional rulers and other stakeholders in the state.

The governor said recruiting new corps would enhance Amotekun’s performance and further deepen the security architecture of the state.

He said the meeting, held at the House of Parliament within the premises of the State House of Assembly, was part of his administration’s efforts to enhance security of lives and property in the state.