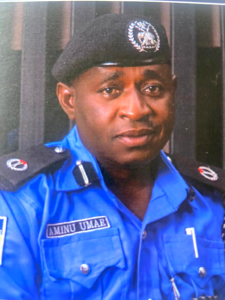 An Assistant Commissioner of Police ACP, Aminu Umar Dayi, in charge of Dutsinma Area Command in Katsina was ambushed and killed by bandits in a fierce gun duel on Tuesday.

According to one of the reports, the late Aminu, on Monday, led a police team to Kurfi where they killed one of the bandits’ commander.

Angered by the death of their commander, the assailants turned out en masse on Tuesday and laid an ambush in order to exert revenge for their master.

Unknowingly, the late Dutsinma Area Commander while leading his team on their usual clearance operation of the terrorrists were ambushed and overpowered by the hoodlums in a fierce gun encounter that eventually led to his death and that of another officer.

The late ACP had led the war against bandits on several occasions leading to the killings and arrest of many of the hoodlums.

Confirming the report in a statement, the spokesperson of the Katsina Force Command, SP Gambo Isah said: