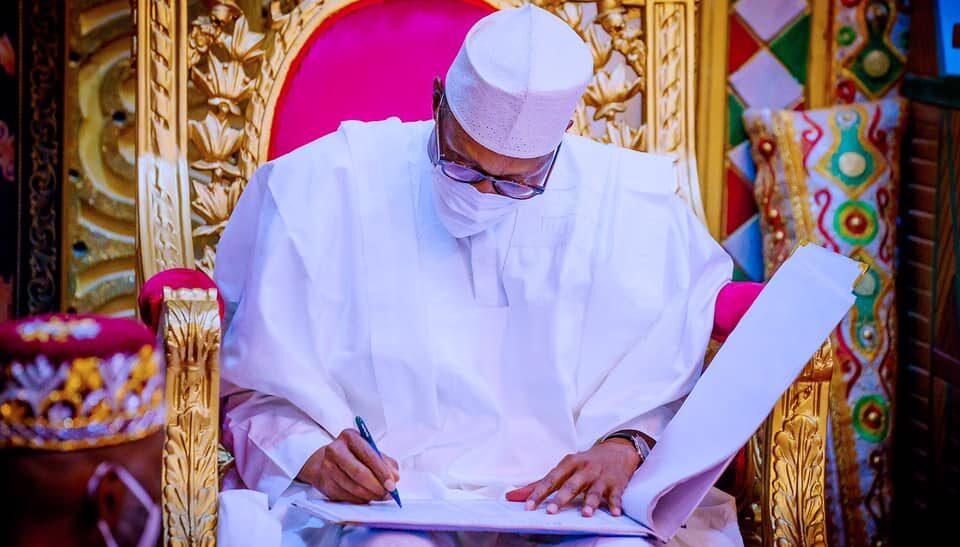 The announcement was made on Arise TV morning show today.

The ministers sworn-in today will replace former ministers who resigned to partake in the last presidential primary election.