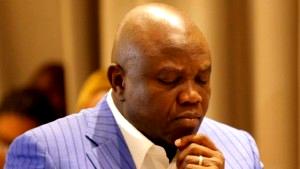 There have been speculations that the former governor of Lagos State, Akinwunmi Ambode, has defected to the Labour Party, LP, to fly its flag in the 2023 Lagos governorship election.

However, checks by Vanguard has revealed otherwise.

The social media is currently charged with euphoria by the OBI-dients — as supporters of the presidential candidate of Labour Party are popularly regarded —that Ambode had joined the party to fly its flag in Lagos.

Already, incumbent Governor Babajide Sanwo-Olu and Olajide Adediran, popular as Jandor, have emerged the governorship candidates of the ruling All Progressives Congress, APC and the Peoples Democratic Party, PDP in the state, respectively.

Ambode served as governor of Lagos State between 2015 and 2019, before Sanwo-Olu took over after beating Ambode at the APC…