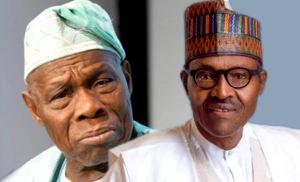 He spoke against the background of what he admitted as the ethnic considerations that overshadowed the only serious plot ever taken to remove a president of Nigeria from office during the first term of the Olusegun Obasanjo presidency in 2002.

Ogunlewe, an All Progressives Congress, APC chieftain in Lagos State spoke on Arise Television on Thursday where he, however, sharply contrasted with another APC chieftain, Mr Adegoke SAN who affirmed that the Muhammadu Buhari government has grossly failed in its basic responsibility of protecting lives and property in Nigeria.

While Senator Ogunlewe blamed members of the National Assembly for not stemming the spate of insecurity, Adegoke on his part put the blame squarely on Buhari, saying that he could not leave the head to blame the neck for not…