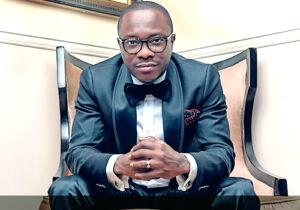 Seven years after he underwent a brain surgery that almost claimed his life, ace-comedian Julius Agwu has continued to thank his maker for giving him a second chance to fulfill his purpose in this world.

Recall that in 2015, Agwu had surgery  in the United States, where two growths were removed in his brain. The surgery almost claimed his life, as  he  recounted how he ‘died’ and woke up, while being taken to the mortuary.

However, in a recent live chat with Vanguard on Instagram, the ace-comedian expressed his gratitude to God for his life.

According to him,   “God used the surgery to open my eyes to see a lot of things. There are those who did not undergo surgery, but they are no more today.

“There are those shoot or act in films, shoot comedy skits, those who do a lot of things and they sleep but never wake up again. So, for me, I give all glory to God.

“That’s to say that Satan works in mysterious ways, but God works in…