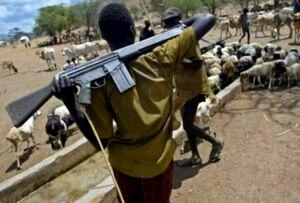 WARRI branch of the Nigerian Bar Association, NBA has urged the Delta State Government to engage and synergize with the security forces to clear herdsmen who have taken over farm lands and homes of Deltans in the communities along the Ohoror-Bomadi Road.

While decrying the security situation along the Eku-Abraka Road, the lawyers also told the state government to ensure that the ravaging herdsmen were also cleared from that route. They held that the road was no longer safe for travellers.

NBA in a statement by its branch chairman and Secretary, Chief Oghenero Okoro and S.G. Ediagbonuvie, respectively, lamented over “the bad and deplorable state of the Effurun Roundabout, Effurun, is not only worrisome but embarrassing. It has continued to cause great pain, suffering and loss of revenue to the residents of Warri, Effurun and environs due to the grid lock it occasions daily.